Hi folks,
An edited version of this came out today at www.mulhollandbooks.com (Little, Brown's website for their new imprint, headed up by John Schoenfelder), and I thought you might be interested in the unexpurgated version.

I count it as an honor that they asked me to submit an essay to them--the leading thriller and noir writers in the country are who usually grace this site, and this was heady company for me.

Mulholland Books is also one of the places considering my latest novel, THE BITCH, and it would be really cool to be published by them.

Anyway... hope you enjoy this. 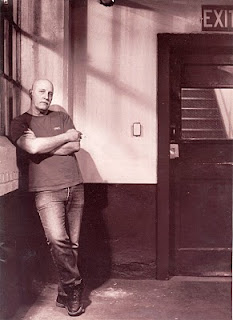 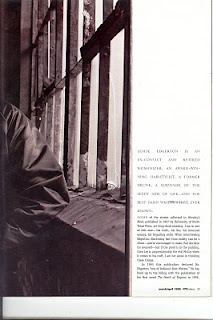 ...Natural Born Killers may have caused many to turn tail and run, but even after many years, and sadly, thousands of hours spent watching Hollywood's latest and greatest, Woody's character is one of only a handful that come to mind when considering some of the most influential dramas of our time.

I agree, Elliot! Thanks for stopping by and commenting.

Fascinating stuff, Les, especially to my anthropologist side!

Thanks, Juliette. Speaking of your "anthropologist side," there's a great movie I used to show my classes that illustrated that even though we reside in different countries, thousands of miles away, we're very similar in our behaviors, due to our environments. Have you seen "Once Were Warriors?" It's one of my all-time favorites and also illustrates what I think story should be about. IMO, it follows classic story structure. Powerful movie. (It's a New Zealand flick.)

Hey Les, I love the picture by the door. You look like a groovy dude...wait, you are a groovy dude. How's my beloved mentor? I'm itching to chat and drink. When I saw Natural Born Killers, I drove home like they were on my tail. That movie scared the crap out of me because I know those people exist! Love ya and soon brother!