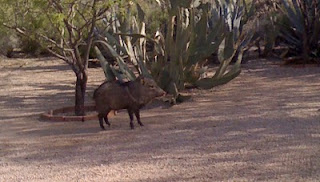 I love horror films. I'm more of an old school, indie film, foreign horror movie fan though. Lionsgate produces 8 films to die for every year with a handful of very original films. I stopped going to the theater for horror movies becusse it's such a big risk nowadays.


if you're looking for any recommendations, let me know or check out my site this month. It's all about horror.

Wow, Hannah! That was quick! I was still editing this when your comment appeared! You're faster than Superman that day he tried steroids and then tried out for the University of Texas football team.

My favorite was The Blair Witch Project. I really admired the camera person who was apparently so dedicated they kept filming through it all...

Although, I'm pretty inured to most horror films. Takes a lot to scare me. After all, I've been married five times...

I'd have to agree. Let's not forget the propensity of these said young people to go into a dark part of the house (attics, basements, etc.) after hearing a loud noise. Oh, and usually it's a young girl and she goes alone. That's smart.

LOL! I was luck and it popped up on the top of my google reader.

There are still a few horror movies that will tap into some primal fear of mine. I'll think I've conquered them and then BAM! They sneak up on me and I get very creeped out. It is becoming more rare as I get older though.

And for God's sake, don't go skinny-dipping. You'll die for sure.

I've always wondered why people hang around so long. I'd be peeling out of the driveway after the first stab.

And am I the only one who never wore sexy lingerie to a slumber party with friends? It was usually something like flannel pajamas for us.