A truly great man has passed...

The world has lost a great entertainer and a wholly original genius. Robin Williams was without peer.

I never had the good fortune to meet him personally, but I felt I almost knew him because of the dozens of stories my friend Lisa Lieberman Doctor told me about him. Lisa was the person he chose to head up his production company, Blue Wolf Productions, and she acquired dozens of scripts for him, including MRS. DOUBTFIRE. In fact, one of the first stories she told me about him was how they acquired that product. 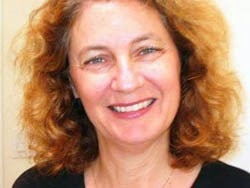 Lisa said that she turned down the script. It just wasn’t that well-written, in her opinion. However, Robin chose to override her rejection of it—which he could because he was… well, the boss… It wasn’t the script he liked, Lisa said, but the concept. She told me that scarcely any of the original script made it to the screen. She said Robin improvised virtually all of it.

She told me a funny story that happened on the first day of principle photography on the set of MRS. DOUBTFIRE. When the cameras begin rolling, large sums of money are being expended, and it’s extremely important nothing slow up the shooting.

Well, Lisa said, everyone on the set was worried when Robin didn’t appear immediately. True, it took several hours to get him into costume and one of the main problems was that Robin was an extremely hirsute man. She said he had hair everywhere and for the scenes he appeared as Mrs. Doubtfire, it took several hours to remove the hair from his shoulders, back, arms, legs… everywhere. His beard was particularly tough and extremely difficult to render smooth.

Anyway, the tension was rising as he failed to appear on the set, everyone getting more and more nervous, and then, all of a sudden, he was in Lisa’s office, in full costume, and with a stricken look on his face. “Lisa,” he said, “I’m supposed to go on camera right now but I’ve got a big problem.” “What?” she said, imagining all kinds of horrible scenarios. “Well,” Robin said. “I don’t know what to do. I’ve got to go on… and I’ve got a woody.”

Now, Lisa is a tiny Jewish woman and I could just imagine her looking up at this large man, dressed in a dress, and lifting her hands helplessly, and saying, “Uh…what exactly do you want me to do, Robin?” And then he laughed and all the tension went out of the room, and the first day of principle photography went well. 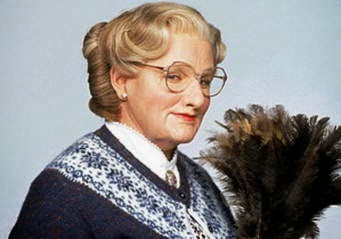 Over the years of our friendship, Lisa has told me literally dozens and dozens of stories about Robin. Nearly every one of them made me laugh. Some made me sad. All were stories that couldn’t be told about any other person. Robin Williams was truly a genius, truly a Renaissance man. A true original and a national treasure.

Blue skies,
Les
Posted by Les Edgerton at 9:06 AM

When I heard he died, I was devastated. I sulked through the day in disbelief. He suffered so, but always gave his best. Peace.

I was shocked to hear about his death. He was one of my favorite actors growing up. A brilliant, funny and kind man, with a unique talent for bringing characters to life and making them instantly endearing. :(

This one hit me hard. It feels like one of the stars in the sky went dark.

I feel the same way, dawnall. I still can't watch anything with him in it right now.