BOUCHERCON AND INDIANA HISTORICAL SOCIETY AND OTHER STUFF

Well, Bouchercon is just around the corner and I’ll be heading to Raleigh… dang! I can never remember if that's in South Carolina or North Carolina… anyway, it’s one or the other. I’ll be rooming again with my buddy Jack Getze who keeps me laughing the whole time. 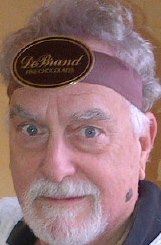 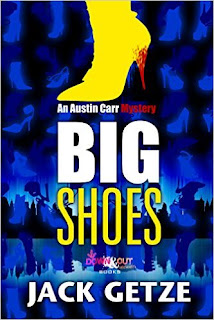 Jack with another of his always clever headbands and one of his fantastic novels!

Lots of stuff happening there! I’ll be reading some of my stuff at the Noir at the Bar event, organized by a great writer—Eryk Pruitt, author of HASHTAG and some other terrific stuff—and it kicks off at 7 pm Thursday, Oct. 8 a… you guessed it!... a bar! Looks like a special one—a bunch of old friends and a couple of soon-to-be-new-ones. If you’re in the right Raleigh, stop in for a great time! 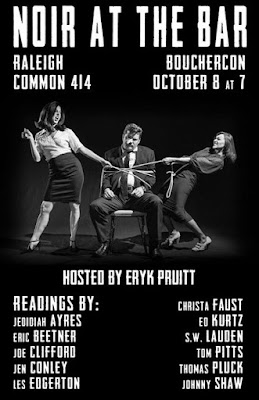 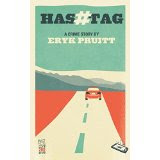 The next day, I’m on a panel they’re calling “Rough, tough tales for tough readers” and it’s emceed by Eric Beetner and the panelists are myself, Chris Pavone, Tom Young and Trey Barker. This one’s gonna be really cool!

Sometime in the afternoon after my panel, Jack Getze and I are going to be interviewed by Tom Pitts for the world-wide show Authors on the Air. Rumor is that the lovely hostess of this series, Pam Stack, is coming up from Florida to see if Jack and I live up to our billing as “The World’s Most Handsome Writer and His Faithful Sidekick, Jack"… This is a big, big deal for us. Tom recently did an on-air chat with Benjamin Whitmer that got a quarter of a million hits! What we Texans call “high cotton.” 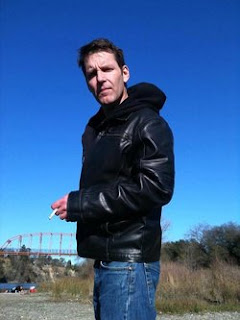 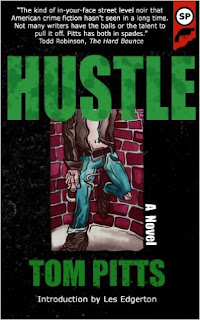 After I get back, I’ll head on down to Naptown in December to do a booksigning with a bunch of Indiana writers, including an old friend, Michael Martone and a bunch of others. If you’re in town, stop on by! 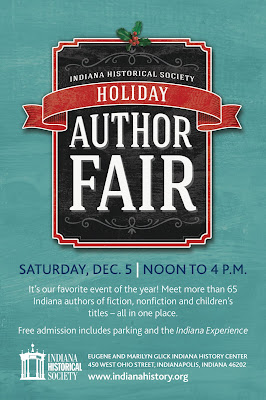 My German publisher, Frank Nowatzke just let me know that The Rapist is going to be released very soon. I can't wait to hold it in my hot little hand! 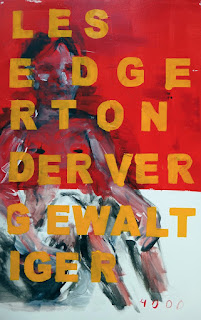 Looking forward to seeing you next week.