First, thanks to a lot of people's generosity and warm, giving natures, Craig McNeely emailed me to say that he and his family will be able to get a place to live by tomorrow! He asked me to thank all of the folks we may have reached. I know that like me, you're glad that his two little girls, his wife, and himself are going to be able to get off the streets! This is where social media shows its soul.

Now, I have to brag on my son Mike a bit. Mike's kind of a Renaissance Man in that he's talented on many levels. When he was in grade school, he and his friends made a spoof movie on Saving Private Ryan, he retitled Saving Ryan's Privates, where he followed his friend Ryan around school with a movie camera, and every time he came close to a girl Mike and his buddy tackled him in a heroic effort to save their friend's "privates." In high school, he was a star pitcher who played on several outstanding travel teams all over the country and his h.s. team won the large school state title twice. 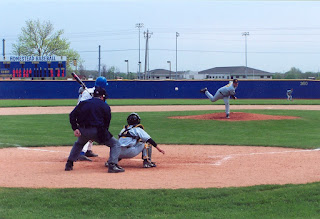 On the mound for Snider H.S. 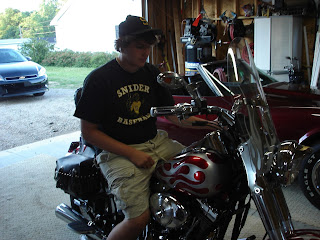 On his uncle's Harley... 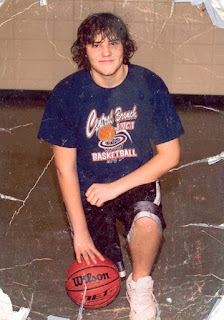 And, as an 8th grade basketball player.


Nowadays, Mike is the top salesman at the Rogers & Hollands' Jewelry Store in Ft. Wayne, and recently was awarded their top employee of the year from all 80 of their stores. 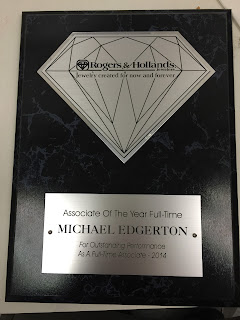 In his spare time, Mike has always drawn really abstract forms and posted them on Instagram. Just recently, his work was discovered by a major art dealer who is going to present them in an exhibition and for sale. Won't name the gallery just yet until it's cleared to do so, but the owner is a well-regarded name in art circles. Anyway, I thought I'd post the images Mike sent to her which are being prepared for exhibition and sale. I think Mike got his art ability from me since I have none left, whereas his mother still has a lot. That only makes sense, right? 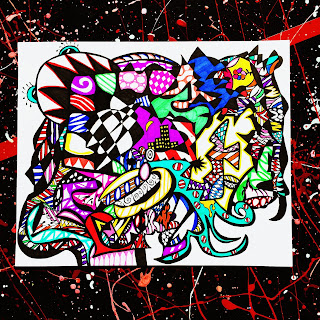 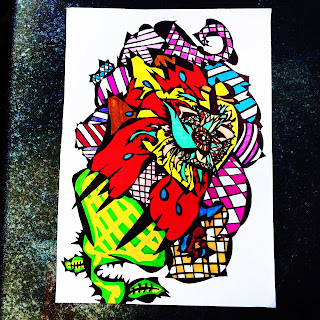 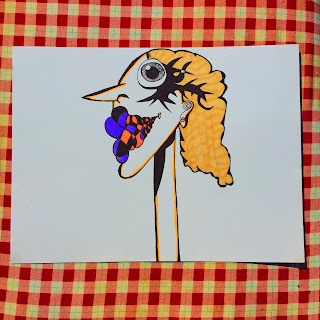 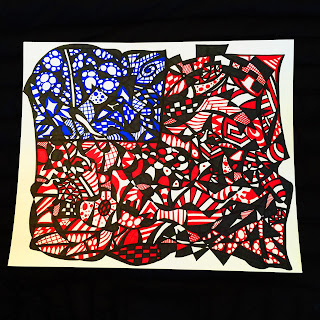 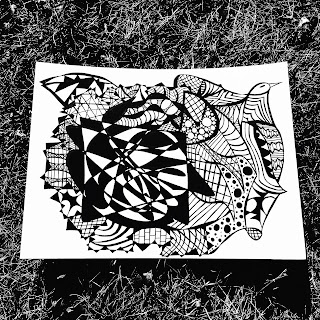 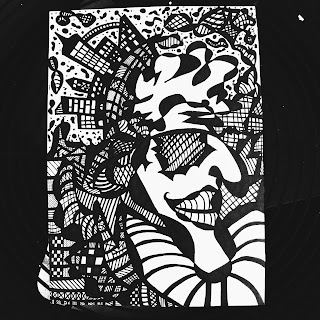 He has literally dozens and dozens and dozens of these as well as "regular" artwork. I'm really proud of him and this may mean the dawn of a new career for him. Hope you enjoy the look at his weird mind... That, I know he got from dad...

Not to mention his sister, Sienna is an extremely good artist as well. His other sister, Britney, is the outlier as she's a computer guru... We can't point to any parent for where she got those skills... not from me, anyway! But, we do know she got her brains from her mother since I still have all of mine...

In case you can't tell, I'm so damned proud of all of my kids!

Blue skies,
Les
Posted by Les Edgerton at 11:41 AM

You have a right to be a proud dad, Les. And thank you for sharing his artwork. Exceptional.

These are the experiences that make life worth living.