Just did an in-depth interview with Justin Rimmel on his true crime podcast Mysterious Circumstances that gets down and dirty. Just click on this link:  https://mysteriouscircumstances.podbean.com/e/bonus-interview-with-crime-writer-les-edgerton/ 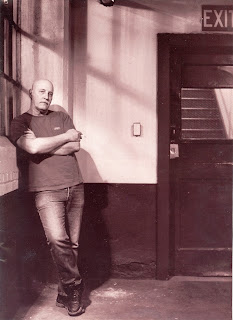 Posted by Les Edgerton at 8:38 AM No comments:

Writers in the Storm appearance...

I'm on Jenny Hansen's blogpost today all day at http://writersinthestormblog.com/?p=31532 !

The topic is character description and we've already got a lively discussion going on. Hope you can  join us.

Blue skies,
Les
Posted by Les Edgerton at 7:46 AM No comments:

Hi folks,
It is with great pleasure that I’m announcing another one of our classmates in my online novel-writing class has just had the novel he worked on in class launched today! Here’s the synopsis and some early reviews: 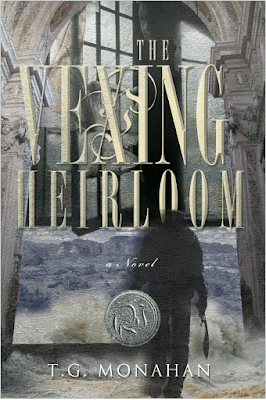 An epic of Cuba meets the classic hero's journey in The Vexing Heirloom, an immersive adventure and fallen idealist’s quest for redemption.
It is the Cuban War of Independence, 1896. The medallion around the woman’s throat is there for Hilaríon’s taking, but the soldier-turned-highwayman cannot bring himself to commit murder. He chases the mysterious woman, Ypriána, into the wilds. He’ll seize his plunder, then while away the rest of his life in some far-flung corner of the globe. But when she tempts him with a better choice, something inside of him leaps at the chance.
Ypriána is a savior on a mission—or so she believes. Her people, the M’Brae, have long lived in darkness, but an ancient promise of priceless treasure gives them a glimmer of hope. Only through her can they overcome the Vexing Heirloom, the deadly gauntlet preceding the treasure, yet she needs Hilaríon’s help. The thief hears only one word: treasure.
As armies clash all around them, Hilaríon and Ypriána marshal her people along the perilous quest, which will bring them face-to-face with savage enemies, mind-bending riddles, and treachery even within their own ranks. Seeing himself through Ypriána’s eyes, Hilaríon staggers ever closer unto redemption, yet he finds the mounting questions more trying still. Is finding treasure worth such pain? Could the treasure be more than just a prize?
And in their darkest hour, as the line between friend and foe vanishes, Hilaríon must forsake what he most desires and find the hero within.
Praise for The Vexing Heirloom
"What makes The Vexing Heirloom such a remarkable debut—and T.G. Monahan such a formidable writer—is the combination of a rich Cuban history with elements of magic realism overlain, delivered with page-turning and crackling tension. This is polished prose, a solid story, and a unique voice. This is a writer to watch."
—Les Edgerton, author of Hooked, Bomb! and sixteen other titles
"With the spirit of poets, T.G. Monahan delivers Cuba—myth, legend and history, in an epic journey of ever-unfolding mystery. With lucid descriptions, heartfelt characters and a pace that draws you in like treasure to the jungle, The Vexing Heirloom screams Cuba Libre!"
—Liam Sweeny, author of Welcome Back, Jack!
"Monahan has crafted a gorgeous novel, artfully balancing action and adventure with obsession and intrigue, and delivers it near perfectly, through beautifully crafted prose."
—Maegan Beaumont, award-winning author of Blood of Saints
"The Vexing Heirloom is a lyrical, mystical journey through a Cuba the world has never seen before, but definitely should. Rich with mythology and magic, it’s an experience readers will not soon forget."
—Leah Rhyne, author of Heartless

Blue skies,
Les
Posted by Les Edgerton at 11:57 AM No comments: