Just learned that my memoir, ADRENALINE JUNKIE, is available for preordering (paperback edition) on Amazon. 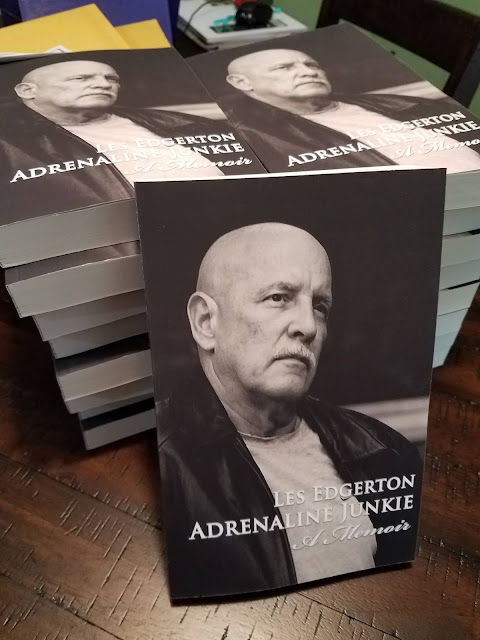 
“I’ve known Les Edgerton for going on 25 years. I immediately took to him in writing school, not because he was funny as shit and talented, but because he was the real thing. But it wasn’t until reading his memoir that I realized the extent to which he lived the things he wrote about. Adrenaline Junkie is at once heartbreaking, as it is funny, and just plain sick. I worked up a sweat reading it. It’s sort of like a witnessing a plane crash. You don’t really want to look at the carnage, but you can’t help but stare. A masterful work that will be lauded by both writers and the general reading public alike.”
Vincent Zandri, New York Times and USA Today bestselling Thriller Award winner of Moonlight Weeps and The Remains.

Adrenaline Junkie by Les Edgerton will be required reading for crime writers one day, a bible for future authors to study rebellion and the human spirit, that smart-ass spark inside us all that doesn’t like taking orders from parents, teachers, and even the law. Author of The Rapist and The Bitch, two of the most profound noir novels published this decade, an ex-criminal and former prison inmate, Edgerton knows what makes all of us tick, and how, with not much of a shove, any one of us could end up behind bars. One of the most fascinating autobiographies you will ever read: From professional thief and pimp to award-winning author and teacher.
--Jack Getze, Author of the Award-Winning Austin Carr Mysteries

Yay! Good luck with this one, Les. You sure have enough material to make a memoir into a page turner.