Just got back from Carefree, Arizona and what a trip! I’ve been mostly incommunicado from the Internet and had hundreds of emails waiting me when I returned and now have to catch up on all of that, plus my online class, private writing clients, and a bunch of stuff, but I’m re-energized and raring to go!

My best friend, Tom Rough, the owner of the Taglio Salon,  and his gorgeous wife Lisa flew me out for a birthday present and I had a wonderful visit with them and their delightful daughter Nicola who’s a freshman at ASU studying graphic arts. Did all kinds of amazing things. Tom took me to Scottsdale Stadium, the home of the SF Giants (the baseball team I’ve followed and been a huge fan of all my life) for the Giants vs Reds game. They were sold out for the game, but Tom got us passes to the Charro Lodge (plush!) from his friend Thom Brennaman who announces for the Reds along with his father, Marty. One of the best days of my life! I got to meet two Hall of Famers, Gaylord Perry and George Foster and got to watch one of my favorite pitchers, MadBum (Bumgardner) pitch. A day I’ll never forget! 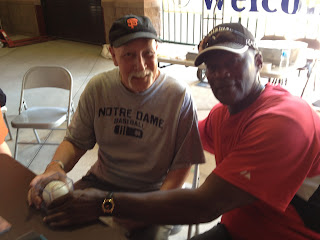 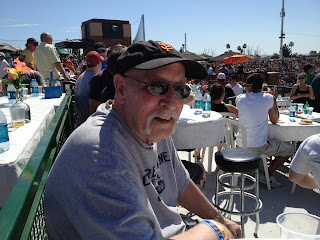 Knocking back beers at Charro Lodge, Scottsdale Stadium, at the Giants-Reds game! 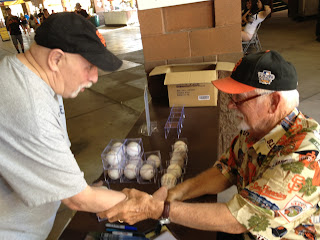 Meeting one of my all-time heroes, HOF pitcher, Gaylord Perry!

And, I got to spend six hours with several of the writers in my online novel-writing group at Harold’sCorral and that was awesome! For the first time, I got to meet the brilliant writers I’ve only known online (mostly) in person.  I just wish I could have been there when our star class member, Maegan Beaumont launches her first book, CARVED IN DARKNESS, at the Poisoned Pen Bookstore in Phoenix on May 8. Maegan wrote this book and another one which is forthcoming, in class. 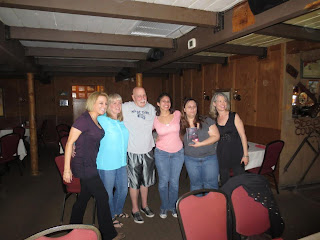 The Phoenix/Los Angeles contingent of our online class. That's Kristen, Carson, moi, Susanna, Maegan and Linda. All brilliant writers and the best people ever!

This was the week my newest novel, THE RAPIST launched and I was basically incommunicado for most of it, but maybe I should stay away from social media more as it’s doing extremely well—thank you, thank you, thank you all! Lots of interviews and reviews of it that I’ll post in the next few days.

I was supposed to fly back to Ft. Wayne on Monday, but the leg of my flight to Minnesota was delayed because of snow so I had to stay in Arizona an extra day (Yay! Go snow!) and got in last night, exhausted. Getting to stay an extra day was a bonus, but what was even more of a bonus is that I got to meet Lisa’s boss, Chuck, the principal at the school she’s assistant principal at and hang out with Tom, Lisa and Chuck and slam down some beers and great conversation.

I want to move to Arizona!

Just wanted to update y’all and share my amazing birthday present vacation and show you some of the scenes and folks I got to see. 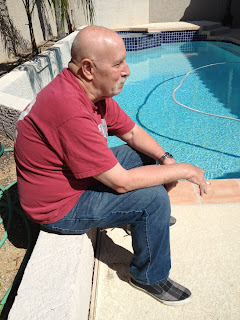 Me, sitting by Tom and Lisa's pool on my "extra" day, trying to brown up my lily-white head... I still had jeans on as I just got back from the airport after learning I had to reschedule, but with 95 degrees, I soon changed into shorts. Just a wonderful, fantastic trip! 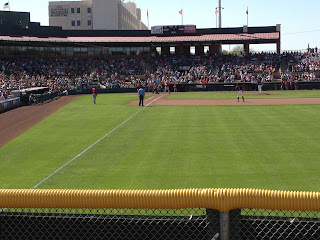 At the Giants-Reds game at Scottsdale Stadium. 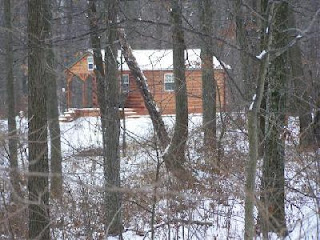 What I came back to after Arizona... 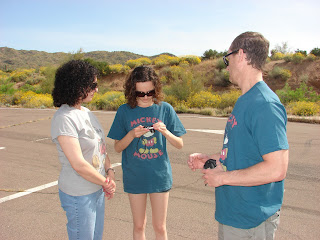 Getting to finally meet you has been the highlight of my year so far!

Spending time with Les is always a highlight.

Hey there, Big Guy, have you found a way to Bouchercon in Albany? I'm thinking of it.

Mine too, Maegan! Mine too! Jack, I'm hoping I can scrape up the bucks--if you're going to be there I'll move heaven and earth to do so!

Glad you had a great time, Les! Life needs more vacations like that! Great pics, too, man!

Happy for you. Live it up.

Thanks, folks! It was truly a magical time!

So glad you had the trip and thrill of a lifetime.

It was so good to see you again Les. You need to make this an annual trip. I don't know if I'd recommend moving to Arizona, remember it's quite warm here (or maybe that's the appeal after all that snow you had).

Thanks RCS and Susan--it was the trip of a lifetime and I love the heat! My perfect temp would be 95 with 100% humidity... I grew up on the Gulf Coast and if it drops below 80, I'm uncomfortable and cold...