COVER FOR THE ITALIAN VERSION OF HARD TIMES

Here's the cover for the Italian edition of HARD TIMES, by Elliot Press, which launches on November 24. 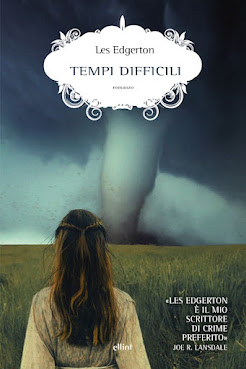 Many, many thanks to Mauro Falciani of Florence, Italy, who championed Hard Times to editor Loretta Santini of Elliot Publishing. This is the second of my books Mauro has recommended to Italian publishers (also THE RAPIST) which have resulted in being published in Italian.

Also, huge thanks to Joe Lansdale, who gave us a wonderful introduction to this version.

Was just sent this article with a mention of Hooked in the San Francisco Chronicle! I'm jazzed!

Scenes from the life of a writer trying to write scenes

The horror genre sometimes gets little literary praise, but nobody writes plot and dialogue like best-selling horror master Stephen King.

I met my friend Erin for lunch on Clement Street recently. As neither of us was ready yet, COVID-wise, to go inside to eat, we picked up sandwiches at Cafe Bunn Mi and sat down on a bench in front of the Richmond branch of the San Francisco Public Library.

I have a long and happy history with that library. I lived a block away for 25 years, and my son grew up in the children’s section. First it was on my lap as an enthusiastic attendee of the aptly named Lap Sit program, at which the librarian read stories. Later, along with countless other Richmond District children, he graduated to choosing his own books and sitting on the carpet to read, and finally to the perfectly kid-sized chairs. I loved that having a child gave me access to that little piece of heaven.

Erin is a writer and, like me, reads voraciously. She’s published nonfiction, writes a terrific newsletter and is working on a novel, so, as it always does, our talk turned to writing. Specifically, dropping into scene.

I read more than almost anyone I know, and it wasn’t until recently when I started writing (I should say struggling to write) fiction that I learned about scene. For those of you who don’t know, a scene is a section of your novel where a character or characters engage in action or dialogue. You can think of it as a story within the story, with a beginning, middle and an end.

A scene has a specific time and place and point of view. It unfolds moment by moment and usually involves conflict and emotional change. Ideally, it has a goal.

Aha! That was what was wrong with my so-called novel. Too much expository writing. I was making the classic mistake of telling, not showing.

Erin recommended two books that have helped her with scene: Les Edgerton’s “Hooked” and, even though it’s about screenwriting, Robert McKee’s “Story.” I’ve heard raves from other writers about Stephen King’s “On Writing.”

A note about Stephen King: I’m not a fan of horror, and for years I ignorantly dismissed King as a mainstream commercial writer not worthy of my erudite attention. Then I read “11/22/63,” his novel about a time traveler who attempts to get back to that fateful day and stop Lee Harvey Oswald’s assassination of President John F. Kennedy.

Masterful, this book taught me plenty. Nobody writes plot and dialogue like Stephen King. I ate crow big-time.  Since then, I’ve read lots of King, most recently his terrific short story collection “If It Bleeds.”

In contemporary fiction, Francis Spufford writes a stunning opening scene of devastation in his new novel “Light Perpetual,” when a Woolworth’s store in South London and everyone in it is destroyed by a German rocket. “Mayflies,” Andrew O’Hagan’s latest novel, is full of vivid scenes of young, small-town, working-class men on a wild adventure at an epic music festival in Manchester, putting the reader right in the middle of the madness.

And in Mohsin Hamid’s “Exit West,” any number of conversations between protagonists Saeed and Nadia drop into scene, doing more than any expository writing could to evoke the harsh reality of their unnamed, war-torn city.

Think of your favorite writer, and I have no doubt you can recall a memorable scene or two. A well-written scene makes a novel sing.

After Erin left that day, I wandered into the recently reopened library and was hit immediately with that soft, comforting library smell of old books. I walked into the children’s section to find the kid-sized chair with a plaque bearing my son’s name that I’d “bought” to support the renovation of the building in 2009. And there it was, the same fern-green wood, a beaver painted on its back, at a small table with five little chair mates. I could easily see 3-year-old Harry sitting happily with a picture book.

Wow, I thought. This would make a good scene.

·         Barbara Lane Barbara Lane can’t remember a time when she didn’t have her nose in a book. Her column appears every other Tuesday in Datebook. Email: barbara.lane@sfchronicle.com