Two Reviews of the Italian version of THE RAPIST

Just received these reviews of the Italian version of THE RAPIST.

▼
Synopsis. Forget the hard-boiled, forget the noir, forget everything you think you know about this genre. With a disdainful grin "The Rapist" gets rid of every canonical element and presents something that aspires to be much more than what a single genre can offer. A controlled testimony of misanthropy and disappointment that recalls Dostoevsky's "Memoirs from the Underground". But while the protagonist of the work of the great Russian author feeds on anger, Edgerton's is nourished by a horrible narcissism and an inhuman and bestial nature that peeps out like a stalker through his eloquent language and his grandiose ideas. In this novel based not so much on plot as on narration, Edgerton guides us in the mind of Truman Pinter and leaves us there, alone, to look after ourselves and find the road that will take us out of the darkness. How much of what Truman says we can dismiss as the delusions of a sick mind? And how many times do we have to stop and listen, looking for a glimmer of truth?

"The Rapist" is an excellent novel, partly provocative, sometimes disturbing, which cannot leave you indifferent. The language chosen by the author is highly sought after, almost courtly, deliberately interrupted by outbursts of raw vulgarity that are perceived as high-pitched screams. Truman, the protagonist, tells his story in the first person.
He is a prisoner, sentenced to death for rape and murder waiting for execution on death row. He appears as a pedantic, cultured, wealthy man, lacking in empathy who has an altered and totally personal vision of life and values.
Many things are considered legitimate or not based on our morality and emotion but they would appear differently if analyzed from a purely rational point of view.
His arguments concerning rape, life, death and marriage are extreme and debatable, but even in the passages in which his thought seems delirious, a clear awareness can be seen that gives strength to the true communicative intent of the author.
Through some rhetorical figures and fitting dialogues you will be drawn into the deep abysses of a lucid madness, to the secrets hidden in Truman's unconscious and you will arrive, almost without realizing it, in a strong and meaningful ending.

Les Edgerton was born in Odessa, Texas. He served for four years in the United States Navy. Later, he was sentenced to two and a few months for second-degree burglary. Four years after he was released from prison, he attended Indiana University in South Bend, where he was elected President of the student body and was a sports editor for the campus newspaper. He later earned an MFA in writing at Vermont College. He writes short stories, articles, essays, novels and screenplays. Edgerton's works have competed for the Pushcart Award, O. Henry Award, Edgar Allan Poe Award (short story category), Jesse Jones Award, PEN / Faulkner Award, the Derringer Award, and the Violet Crown Book Award. 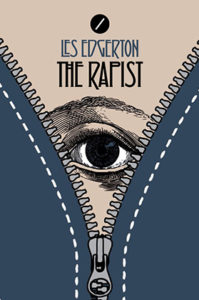