Blue skies,
Les
Posted by Les Edgerton at 8:45 AM No comments:

Posted some stuff from Richard Brautigan yesterday on FB and found a lot of other folks loved his work as much as I do. So, I’m posting some more than many won’t have seen as it’s from a book of his uncollected work, titled, THE EDNA WEBSTER COLLECTION OF UNDISCOVERED WRITINGS.

Surely goodness
and mercy
shall follow me
all the days
of my life,
and I will dwell
in the house
of the Lord
forever, if the
rent isn’t too high.

The dog had fallen from a high cliff down onto the road, and then trucks and cars had run over it, I guess, because the dog was only an inch thick.

The dog was white, and its guts were white.

When I saw the dog, I couldn’t believe it for a moment.

Then I had to believe it.

Then I started crying.

I was five years old.
The dog was the first dead animal I had ever seen.

I had always thought that everything lived forever.

When My Soul Didn’t Love Me

Once upon a sad weird
there lived a girl
who was my beautiful soul given form.
So,
of course,
I loved her a cash-registerful.
But she didn’t love me a penny.
It was very sad and weird having my soul
not love me.

I
am waiting anxiously
for Hollywood to buy this book
and pay umpity-ump cash for it
and turn it into a super-colossal
spectacle with ten thousand extras,
2,000 horses, 52 lions, 60 king cobras,
And every Hollywood actress who has been
divorced over five times.

Hollywood will,
of course,
change the title
to something like

“The Outcasts of Devil’s Island.”

And, finally, the poem I wish I had written for my wife…

i would walk back
across hell
to get Your hat

i would
carry You across hell,
and
if You had forgotten
Your hat,
i would walk
back across hell
and get it for You.

And… just… damn! What a Writer…

Posted by Les Edgerton at 9:55 AM No comments:

THE DEATH OF TARPONS offered free for a short time...

My British ebook publisher, Endeavour Books, has just offered my novel, THE DEATH OF TARPONS for free for a short period. Hope you glom onto a copy and if you like it, I'd really appreciate a review on Amazon. It does everything for future sales and exposure. 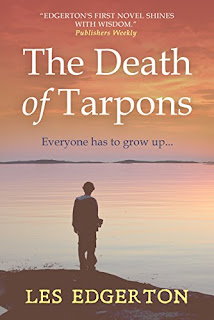 Blue skies,
Les
Posted by Les Edgerton at 10:39 AM No comments:

Culturmag article and review of THE RAPIST.

I'm jazzed! A great article and review just came out in the German magazine, Culturmag, on my book THE RAPIST. You can read it at either of these links.
http://culturmag.de/…/…/les-edgerton-der-vergewaltiger/97334
http://translate.google.com/translate…
It will soon be available in German from the publisher Pulpmaster. 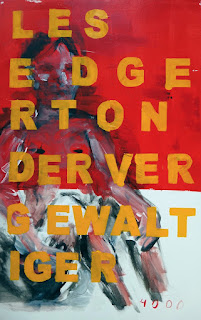 Posted by Les Edgerton at 7:15 AM No comments:

Please take a few minutes out of your day to watch this Ted Talk by Eli Pariser. Mr. Pariser sheds illumination on why so many people don't have a clue what's going on in this country and the world. This is one of the most important speeches I think I've ever heard. It explains why so many people are so misinformed.

Elizabeth White has just posted a review of Bomb! on her site and it's a doozy! Check it out at the link. 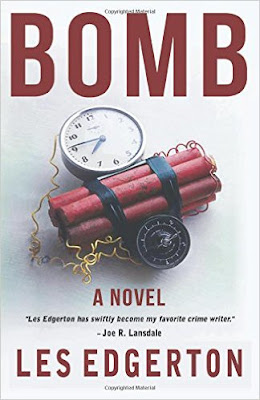 I have no idea how this happened, but yesterday by accident, I "found" a podcast by the great folks at Booked, Livius and Robb, where they reviewed my novel, Bomb! I have no idea how I missed this, but I did. I'd like to share it with you here, if I may.

Please click on the link and give 'em a listen. Thank you.


Blue skies,
Les
Posted by Les Edgerton at 8:57 AM No comments: