Hi folks,
I’ve got a treat for you today. An interview with Cortright McMeel with his thoughts on writing and on the subject of his first novel, Short, which is burning up the sales charts and is in serious consideration to be made into a flick.
“Cort” and I became friends several years ago when he emailed me and asked if I had any stories I could submit to his new noir magazine, Murdaland. I ended up sending him three short stories and he ended up taking all three and combining them into one story, which appeared in the inaugural issue. He titled the story, “Felon.” It was about… well, take a guess… That alone made him my friend… but when he paid me for all three, he became my best friend. More than one editor, under like circumstances, would have claimed that since it became one story, they’d only pay for one, but not Cort. He’s a writer’s editor all the way!
Since that day, our friendship has only grown. We began to correspond on a regular basis, and I was fortunate to have him send me an early copy of his novel. It absolutely floored me with its brilliance. In return, over time, I sent him copies of my own novels, and his response to them amazed and gratified me.  He loved them! In fact, he recommended them to both his editor at St. Martin’s and his former editor who is now at Little, Brown.
We both share a love of the same books and writers. It’s not a love of “safe” authors at all, but of writers who took chances, challenged the status quo, who wrote the kinds of books that are banned and even vilified by many. You know… real writers with a set of balls (and I mean, men and women). Who are concerned with only one thing. Truth.
I am proud to call Cort my friend. I think you’ll soon see his particular brand of genius in the following interview and I hope you’ll glom onto a copy of his wonderful novel, Short.
And, without further ado, here’s Cort and me chinnin’…
LES: Let’s not beat around the bush. This is a web site about the writing process. What was the biggest challenge for you in writing your debut novel, SHORT?
CORT: Without a doubt constructing a tight plot that made sense and moved quickly.
LES: In your novel there has to be about a hundred characters, from traders, brokers, executives, lawyers, “beancounters” to strippers, Russian gangsters & sea captains. Did you ever find it overwhelming to fill your novel with such a wide array of characters?
CORT: Short answer, no, but my editor did. I like to write on a large canvas. Just sort of let the whole circus run rampant into one big chaotic drunken carnival, as it were. It makes the writing and creating part more fun because there are more options. The characters just interact like so many electrons jammed in a jar bouncing off each other and the potential for humor is greater.
LES: You say your editor was overwhelmed. Explain.
CORT: Well, John Schoenfelder at St. Martin’s had his work cut out for him. But he’s a brilliant guy and he’s like a master bio-medical engineer who inserted a narrative spine into the book. I helped him some too, of course. But he gave me a “tight plot 101” tutorial which helped immensely.
LES: Which was?
CORT: He told me to read B. Traven’s GENERAL FROM THE JUNGLE 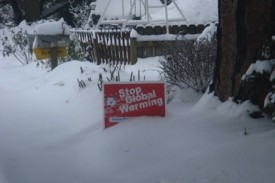