I know, I know... most people do some kind of New Year's Day dealie today, but being the solid contrarian that I am, I sneer at NYD! It's a holiday for amateur drinkers.

Instead, I'd like to draw your attention to the single best holiday in the world. I'm speaking of...

And, I'm not talking about that Johnny-come-lately usurper that's held in Buffalo, NY, but the biggest and oldest in the world--the Dyngus Day in South Bend, Indiana.

To those who haven't participated in a Dyngus Day, I have a personal story that epitomizes the holiday.

One year, a long, long time ago, I went to Dyngus Day. Started out at the M.R. Falcons' Club where I watched a guy drop his drawers and stand at the bar for over four hours with his bare butt hanging out. Cops everywhere. What was amazing wasn't that he wasn't arrested--ain't gonna happen during Dyngus Day--but that he never once went to the bathroom!

Okay. That's not my story. From the Falcons' I made my way over to the West Side Democratic Club, the epicenter of the festivities. I remember drinking for several hours and then I went into that fugue state I used to reach more often in those days where I went... blotto...

The next thing I remember, is waking up in a station wagon with eight girls... and me. They were shaking me like crazy, trying to get me conscious. Turns out, they were out of gas... and money. They asked me if I had any bucks or a credit card.

"Who are you guys and why are we in Windsor?" I asked, me being the sharp, penetrating detective.

They all started telling me their names and then one of them said, "It was your idea."

It's always the Monday after Easter.

Go before you get married. Significant Others seem to frown on their spouses having this kind of madcap fun...

Happy Dyngus Day! It's the pro's holiday. You can have your Amateur Hour NYD...

And here's a picture taken during that period of my life. Notice I had hair? Since Dyngus Day I have a lot less... Just sayin'...
Posted by Les Edgerton at 12:19 PM 4 comments:

I'm going to repost a lecture I delivered for my MFA graduation back in the nineties today. The reason I am is because I feel it's one of the most important issues facing us today--censorship, as is provided by what I feel is the most insidious methods of denying people their right of free speech in the form of that moronic crap called "Political correctedness." It's my personal belief that this is the biggest single threat to our freedom than anything else... although there are quite a few contenders jockeying for that #1 position. I just wanted to post something that might be food for thought as we near the beginning of the new year. Be forewarned--it's long!

(This essay is included in my story collection, GUMBO YA-YA from Snubnose Press.) 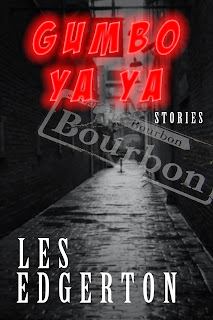 CENSORSHIP AND WHY I LOVE CHARLES BUKOWSKI

If you want to glom onto a politically incorrect book, may I suggest my own, THE RAPIST and/or THE BITCH? I'm pretty sure both fit the definition...
Blue skies,
Les 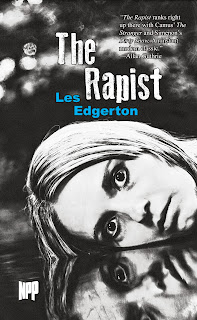 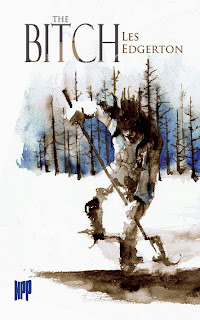