Hi folks,
Just wanted to share an article that just appeared in the respected blog, READ  WATCH  PLAY written by “The Godfather of Noir” Paul D. Brazill. Mr. Brazill does me the supreme honor of singling out THE RAPIST which, coming from him, means the world to me.

Talking about reading every month in 2013

A Shot of Noir
April 24, 2013
tags: crimeread, rwpchat
by readwatchplay
‘Noir is often considered as a genre, or sub-genre, and is usually associated with crime fiction. Really though, it is more like a style of fiction, or even a strain of fiction, rather than a sub-genre that doesn’t have to be limited to crime fiction. Noir winds up becoming a type of fiction that you have to search for and not always find, which is part of what makes a great noir story so rewarding when it is found.’ Brian Lindenmuth – Spinetingler Magazine, Snubnose Press. 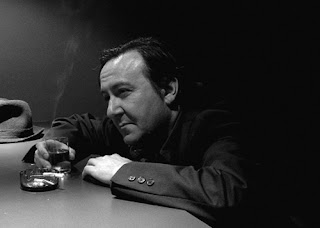 
Crime fiction is easily and readily sliced up into sub-genres, especially these days. We have the cozy, the murder- mystery, the detective story, the police procedural, the hardboiled. And it’s also categorised by country too – Scandinavian crime, for example, is expected to be very different to the Italian or French variety.

In the above quote, though, Brian Lindenmuth hit the nail on the head when he talked about noir being ‘more like a style of fiction’. More elusive, perhaps. Like a murder glimpsed from the steamy window of a passing train.

The origins of ‘noir’ as a definition of a sharp sliver of crime fiction goes back to the mid-1940s when the French publisher Marcel Duhamel cleverly packaged American pulp fiction – from the likes of Raymond Chandler, James M Cain, Jim Thompson, Cornell Woolrich – in black covers, as the imprint Série noire. And since then it has also been tied like a noose to the cinematic versions of those books. Films that painted the world with light and pitch black shadows.

Ostensibly crime fiction – or skirting its razor edge – noir is a taste that’s as black and bitter as an espresso or a shot of moonshine-whisky. Noir, for me, is all about mood. And a dark mood at that because, as Otto Penzler once said, ‘noir is about losers’. For writers and fans of noir, we are all in the gutter but some of us are looking at the abyss between the stars.

Paul was born in England and lives in Poland. He is an International Thriller Writers Inc member whose writing has been translated into Italian, Polish and Slovene. He has had bits and bobs of short fiction published in various magazines and anthologies, including The Mammoth Books of Best British Crime 8 and 10, alongside the likes of Ian Rankin, Neil Gaiman and Lee Child. He has edited a few anthologies, including the best-selling True Brit Grit – with Luca Veste. His blog is here.You can follow him on Twitter. 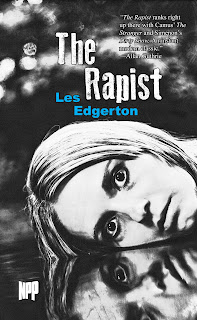 Thanks for the mention Les.

Paul... THANK YOU for the mention! It really made my year that you put THE RAPIST where you did in the lexicon.