Well, I’ve had a few days to recuperate from my two recent trips, the one to Boise and the last one to Scottsdale, Arizona.

I love Arizona! Especially when I get to see my best friend, Tom Rough, and our star writer and great friend, Maegan Beaumont. Maegan was the reason I got to go to Scottsdale. Her first novel, CARVED IN DARKNESS, has just been released and her official book launch took place at the famous Poisoned Pen Bookstore.  And, her husband Joe flew me out there to surprise her and the others in our online class who were going to be there, and that’s why I had to keep it secret where I was going. 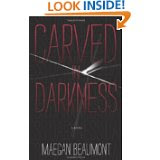 Only problem is, it turns out it’s impossible for Joe to keep a secret from Maegan! She got it out of him fairly quickly, but we were all able to keep it a secret from our online writing class members, many of whom made it to the bookstore for her talk and signing. Among them were Mary Edelson who came all the way from Virginia and Holly Love who flew in from Denver.

Maegan enjoyed a SRO crowd. She shared the podium with two other writers, but she was clearly the star of the show. In fact, when their talk was over, and the three writers sat down to sign their books, her line was the entire length of the store. I felt kind of sorry for the other two writers who had to sit there and watch her sign book after book! I’ve been in that situation and it’s not fun! 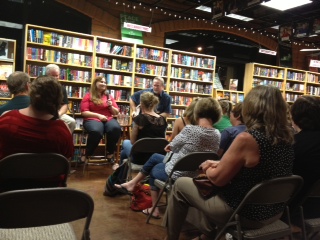 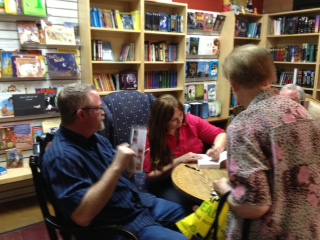 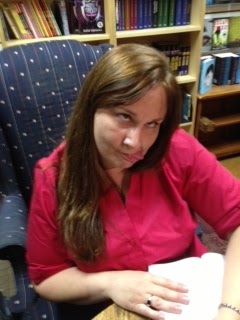 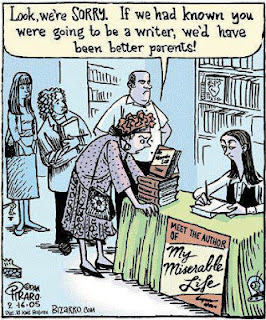 Artist's depiction of Maegan's parents having her sign her book for them... KIDDING! They're very, very proud of her.

Joe and Maegan. Thank you so much for flying me out to Arizona, Joe! 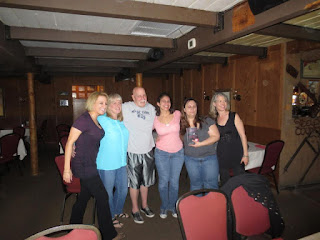 This is from my earlier visit, but I wanted to show a couple more of our class who were also at Maegan's signing but whose photos I didn't get then. Pictured above are Kristen (who was there, Carson (who couldn't make it), me, Susanna (she was there), Maegan and Linda (who were both there.

We had a great visit! After the signing, we went to a party hosted by Maegan’s best friend—who I kept calling “Val” after the best friend of her protagonist in Carved, who, as it turns out, was modeled after her real best friend whose name I forgot… Val is what she’ll forever be known to me as. Really cool party. A bunch of Maegan’s family came up from New Mexico and I got to meet her mom and dad. Also got to meet Maegan and Joe’s kids, who were really cool kids. I especially was excited to meet her daughter Jaime and Jaime was the first person to read my YA MIRROR,MIRROR
and gave it a rave review on Amazon. 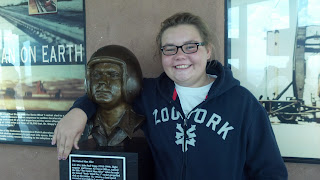 The next day a bunch of us hung out all day. First, we had lunch at the restaurant where the Arizona writers in our online writing class meet once a month to cuss me out and then we went to a resort hotel where Mary and Holly were staying and just hung out by the pool and had… adult beverages. Just kicked back and bonded over… you guessed it… adult beverages…

L to R: Holly, Linda, me, Mary and Maegan. Joe took the photo.

Stayed with my best bud, Tom Rough  and his gorgeous wife Lisa and equally gorgeous daughter Nicola, and had a BALL! I love Tom and his family. They’re coming to Indiana the first of the month for Tom’s grandfather’s 99th birthday and I can’t wait to see them again. 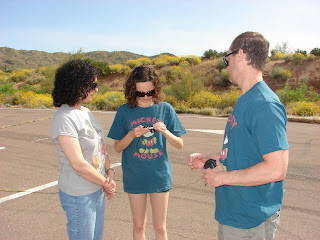 Lisa, Nicola and Tom Rough--Tom's my bestest friend. I had two best friends--Tom and Cort McMeel and sadly, Cort's not with us any longer.

On my last day in town, Mother’s Day, I went to lunch with Tom and his family and got to meet his parents and it became clear why Tom is such a cool guy. Both his mom and dad are just fantastic people and I’m so glad I got to meet and to know them.

And, then, finally, I climbed aboard the red-eye back home and landed back in Ft. Wayne early Monday morning.

We’ve got several members of our writing group who’ve either just finished their novels or are about to so I hope I can get to go again to each of their booksignings.

I’m glad to be back home—I really missed my “eye-candy” Mary, but give me a week or two to rest up and I’ll be raring to go again! 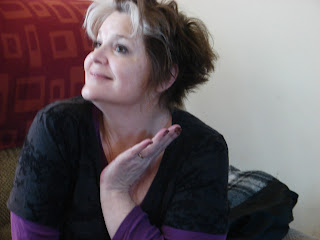 Eye Candy... My fantastic wife Mary who stayed home to work while I partied...

Blue skies,
Les
Posted by Les Edgerton at 10:36 AM

It was the best time ever!! All my favorite people under one roof. :) I'm blessed beyond measure to have such wonderful friends and family!

You are a superstar, Maegan! I'm so proud to count you as a friend.

Wow - Sounds like an absolute blast! How neat that so many from Bootcamp were able to be there!Many congratulations, Maegan.

I bought this, and I've been sneaking it at work because I can't put it down.