THE RAPIST COMING OUT IN GERMAN WITH PULPMASTER

Got some cool news to pass on.

First, Jon Bassoff, my publisher for THE RAPIST with his New Pulp Press, has just sold the German language rights for it to Pulpmaster! He tells me it looks favorable that they may also buy the German edition of THE BITCH when he (re)publishes that novel in August.

This is my first-ever foreign rights sale for any of my books and I’m on that proverbial Cloud 9! What’s really cool about this is that my late friend Cort McMeel and I often talked about the German intellectual atmosphere (and Europe in general) and how Germany was the first to publish Charles Bukowski when he couldn’t get published in the U.S. And, how John Martin was the first U.S. publisher to get Bukowski into print here with the press he founded just to publish him—Black Sparrow Press.. We talked often about how we felt Jon Bassoff was our nomination for the John Martin of contemporary publishing, with the books he was publishing.

Years ago, my advisor, Dr. Francois Camoin, at Vermont College when I was pursuing my MFA, was the first to read THE RAPIST, and he told me at the time that he thought I would find it difficult to get it published in this country and that he thought it fit the European sensibility and sophistication in letters and philosophy much better. He advised me to seek out a publisher in Europe (his preference was for a French publisher). The thing is, at that time (1996) there were very few, if any, publishers with the cojones of a Jon Bassoff at the time or it might have been published much sooner.

It’s entirely due to Jon and the reputation his press enjoys that having it published by Pulpmaster is possible. Thanks, Jon!

For those of you who enjoy fiction that goes outside the PC boundaries of “safe” writing, check out the list at New Pulp Press. The folks he publishes are the reason I submitted to him. I read every single one of his books and there wasn’t a single one that wasn’t flat-out brilliant and amazing. Not one!

THE RAPIST is also being considered by an Italian press and is currently being read by a top Italian national reviewer.

Also, my agent, Chip MacGregor just informed me that THE RAPIST was a Kindle Daily Deal recently. I’m not sure what that means, but Chip tells me it’s a good thing.

One of my long-time writing clients, Hollywood attorney Bob Rotstein, has just had the legal thriller I had the pleasure of working with him on—CORRUPT PRACTICES-- published this month by Seventh Street Books, an imprint of Prometheus Books. It’s garnering terrific reviews and has been blurbed by such well-known writers as Sue Grafton and Les Staniford (who encouraged Bob to write a book in the first place.) I had the pleasure of coaching him during the writing of it for the past couple of years. He just called me to ask me to take a look at his next book and I can’t wait!

This is a fantastic book. If you like legal thrillers and psychological novels, this one's for you! 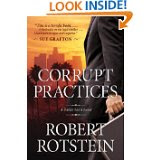 A classmate of mine at Vermont College just published his first novel and it's coming out with a big splash. Check out Charlie Lovett’s THE BOOKMAN’S TALE from Viking/Penguin. We had a small class of about a dozen and every single one of us has made some noise in publishing. Charlie’s book looks like it’s going to make some very serious noise! Check it out. 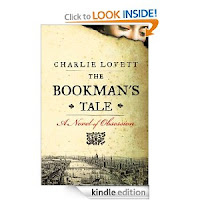 It’s been an exciting week! And yet, after everything that’s happened, I just looked into the mirror… and I’M STILL UGLY! 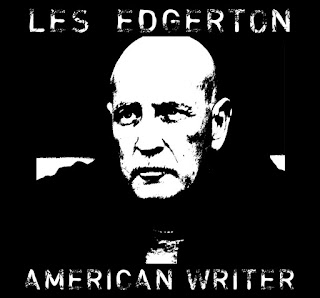 Blue skies,
Les
Posted by Les Edgerton at 9:18 AM