THE REAL LOWDOWN ON WRITING CONFERENCES

Blue skies,
Les
This message was brought to you by the publisher of THE RAPIST. Please buy a bunch of copies so that Les can join the ranks of the BRAND NAME AUTHORS! Remember: Christmas is just around the corner and what better gift could Granny ever wake up to than a copy of THE RAPIST in her stocking? (The one on the mantelpiece, not the one she’s wearing…) 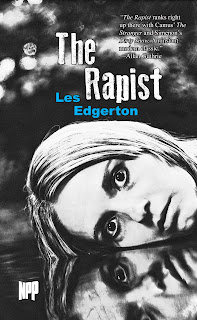 Jeez, what a rant. I was enthralled.

That's not a rant, Jack. Just the way my mind works when I'm working through Jack and waters...

I'm thinking of writing a new writer's craft book in this tone. Whatcha think? Will it piss enough people off to be worthwhile?

Loved this! Laughed through most of it, except the serious advice. No adverbs for me, mostly.

Thanks, Judy--next time I see you, I'm buying you a Jack and water... with an umbrella...

I would totally buy that writing book, Les. Nothing like intelligent snark to make my day.

Funny and true, Les, but it it seems to me that when you start putting water in your Jack you're on the slippery slope toward umbrella drinks. You also forgot to mention the panelist who never talks about writing at all. I recall one pair who eschew computers and spent nearly the whole half-hour comparing stories about typewriter shops in various cities coast-to-coast. Or another who thought we'd all be enthralled by her latest trip to the Roman catacombs. All these people appeared to be sober, which might have been the problem.

The truth is out there and its name is Les Edgerton.

You forgot the part about the aging agent in the thigh highs and the push up bra who drinks too much, promises too much, and sneaks out of your hotel room in the morning. And no, she's not accepting any of your calls.
Nice job Les!
V


Do I sense a note of bitterness at the aging agent in the thigh-highs, Vince? She could at least bought you breakfast, right?! Actually, I'm going to cover that and other situations in my next post on the subject and I could use your feedback on aging agents in the hotel room... Personally, I've had no experience there... :)