NEW FIVE-STAR REVIEW OF THE BITCH

Just got another 5-star review of THE BITCH on Amazon! Making this old geezer a happy camper!

5.0 out of 5 stars Between an Expensive Rock and a Hard Place,
By
Wag The Fox (Canada) - See all my reviews
This review is from: The Bitch (Kindle Edition)
Previously published a couple years ago, New Pulp Press has breathed new life into Les Edgerton's The Bitch with a new release this winter. I had heard about Edgerton last year through the Booked.Podcast, raving his novel, The Rapist, and didn't hesitate when I got the chance to read this one. While the title is a bit deceptive to those unaccustomed to prison slang, the hard-edged storytelling is there in full glory and made it hard to put this book down.

Jake Bishop used to be a heck of a burglar when he was younger, but he still managed to get sent to prison twice. With the threat of winding up there a third time hanging over his head, he resolved to go straight. He got married, got a good job as a hairdresser, even setting himself up to start his own business pretty soon with the money he has saved, which is great because he has a baby on the way, too. And then his old cellmate shows up in town and all his best laid plains crumble like rotten snow.

The Bitch is impeccably paced and the tension rises from mildly uncomfortable at Jake's first contact with Walker to downright excruciating when the secrets Jake keeps from Paris pile up like a house of cards. Some of that cringe-inducing tension comes from the anticipation of what Jake's bad choices, one after another, are likely to lead to, but there's also the unanticipated repercussions that throw Jake's already careening life into a brand-new tailspin.

Jake is a likable guy, relatable even, but there are moments where it's difficult to root for the guy. Even with detestable characters like Walker Joy and the scumbag jeweler blackmailing Jake into one more heist, the tug-of-war going on with Jake's sense of right and wrong gets more than a little compromised, especially when it becomes harder and harder to hide the truth from his wife. As much as there is intrigue into whether he can pull off the job as smoothly as he's planned it, there's even more intrigue over just how low down he's willing to go to do what he convinces himself is best for his wife and kid.

It's early in the year still, but The Bitch is a novel I will not be at all surprised to see show up on my fave five list of 2014 novels at the end of the year. If you enjoy Joe R. Lansdale's stories, or those of Scott Phillips or Anthony Neil Smith or others who deal with noir fiction, you'll be doing yourself a favor by reading something by Les Edgerton.
To be compared to my heroes like Lansdale, Smith, and Phillips just warms the cockles of my heart. At least, I think it does... if I was just sure what cockles were... 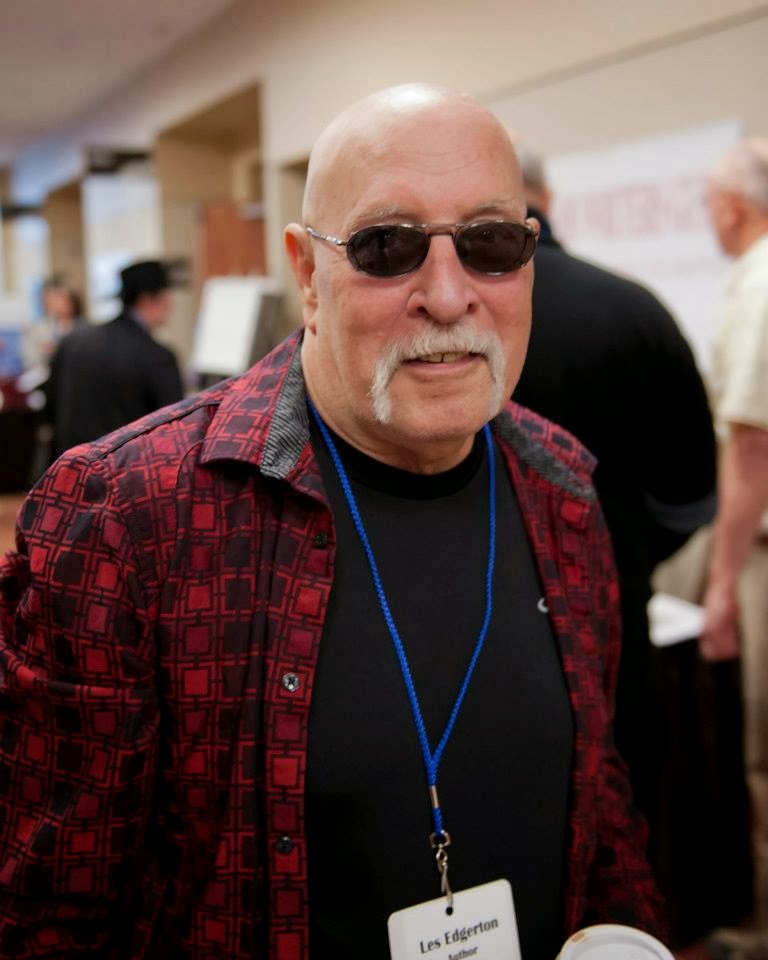 Me, being a happy camper...

And you deserve to be a happy camper.