Just got a great review from my friend and fellow writer, Gregory C. Randall, on his blog, Writing 4 Death.

Greg and I met in person at the last Bouchercon in Long Beach and instantly hit it off. I was already a fan of his books and we had corresponded via the Intergnat, and were “Gnat” friends, and when I met him in the flesh, we became great friends. He’s the kind of guy you enjoy having drinks with. And, then, he cemented our friendship when, after I got finished with a panel I was on, he came up and presented me with a San Francisco Giants t-shirt, commemorating their latest World Championship! No one’s ever done anything like that! 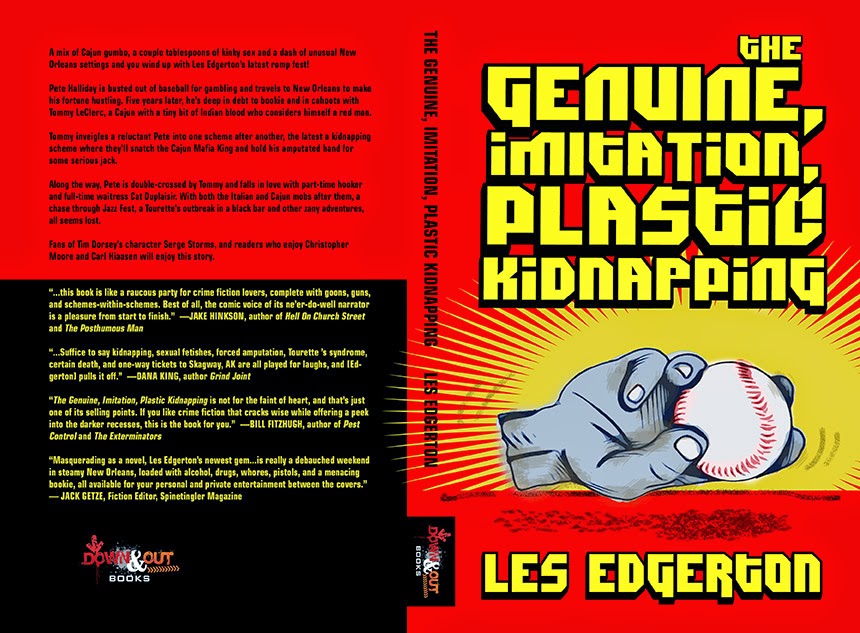 Les Edgerton and I share a few things, most especially our love and appreciation of baseball and the San Francisco Giants. His latest book The Genuine, Imitation, Plastic Kidnapping is just downright fantastic and tres-tres cool. Les, after more than a dozen books covering everything from baseball to many things underworld in New Orleans, knows exactly how to hit that nerve that is both sharp and edgy. His prose is as crisp and crusty as a backroads Louisiana road-kill and as soft and mushy as a Café Du Monde beignet.

Pete Halliday is a failed baseball player (ex-Giant); seems he has this thing for gambling and it cost him his spot in the rotation and the team. Now in debt to a bookie he needs to get a chunk of money or suffer badly – and the best way out . . .kidnap the head of the local Cajun Mafia, cut off his hand, and hold the thing for ransom. And that’s just the main leitmotif of the story. There’s also the hooker with a heart of gold, a guy who thinks he’s a real Indian (maybe not), a double-cross, a classic case of Tourette’s syndrome in the face of some serious killers, and of course New Orleans. A place that Les says has broken his heart since Katrina. It is relentless and pulls you under like a fifteen-foot alligator in the bayou. It is a five star must read.

That’s it—thanks, Greg! As I’m not one who disbelieves in the philosophy of quid pro quid—I do—I’d like to recommend his own work. A great place to start would be with his DIAMONDS FOR DEATH 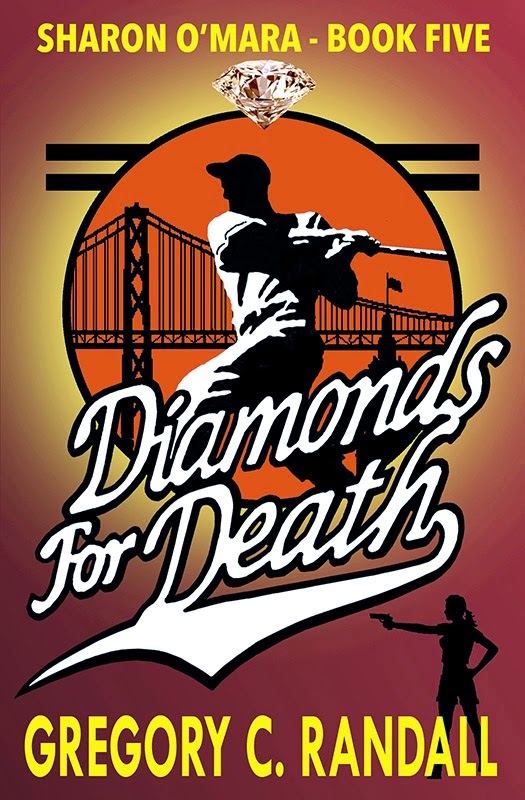 I firmly adhere to the principle of quid pro quid but only when the work merits it… and Greg’s work most assuredly does.