Most of you know I'm a huge fan of a living literary legend, William Joyce. Happily, today an interview he did with Richard Godwin just came out on Richard's interview site, Chin Wag at the Slaughterhouse, a must-see stop on the literary trail. Here's what William had to say:


·        ·
Quick Fire At The Slaughterhouse: Interview With William Joyce
Posted on October 16, 2016 by richardgodwin 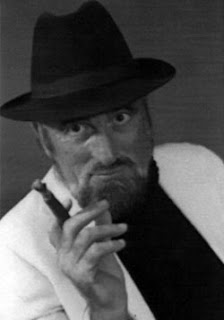