Hi folks,
The stuff that follows is an excerpt from a new book on writing I’m currently writing, working title, A FICTION WRITER’S WORKSHOP AT THE BIJOU. In this material, I show how actions both define character and show character arc, among other things.
I’m shopping the proposal for this book around. Any feedback you can give me would be appreciated. 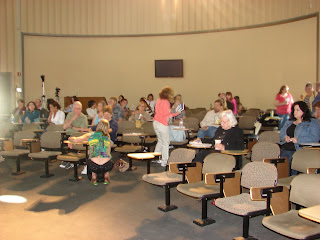 Your breakdown has helped me with my wip ideas. I realise need more action in a couple of my chapters.

There is a lot to take in. I will print it off and have another read. It is very informative and useful, thanks Les.

Thanks, Glynis. This is a remarkable movie. It contains dozens and dozens of great examples that fiction writers can find valuable.

Fabulous post, Les. I have some scripts. They're old ones, but I'm gonna get them down and look at them with a new eye.

Get that book done! I will be first in line to buy or order it.

"Look at the scene immediately following the killing of Harlan. They're fleeing the scene and then Louise orders Thelma to pull over. Thelma's got gore on her cheeks from the bloody nose Harlan gave her when he hit her during his attempted rape. What does Louise do? (After she throws up of course, and re-enters the car, ordering Thelma back to the passenger side.) She gives her a spitbath, an action right out of Parenting 101! You can find it on page three."

I think you mean Louise instead of Thelma with the gore on the cheeks.

Other than that, I have nothing to add. You made show, not tell crystal clear. I liked your "Thelma and Louise" examples in Hooked, and I'm glad to see more here. I hope you get a contract soon.

Glad you liked the examples!

This was a very helpful post, I really appreciate all your insights. I'm a new follower and look forward to reading more of your entries.

It is very informative and useful, thanks
data entry india