A FICTION WRITER'S WORKSHOP AT THE BIJOU... and a favor to ask...

Hi folks,
I’ve got a major favor to ask of the writers here. My agent, Chip MacGregor, is preparing to send out my proposal for a new writer’s text, titled A Fiction Writer’s Workshop at the Bijou which will use movies instead of the usual literary examples/models to inform writing techniques. We thought it would help convince publishers of the value of this proposed book if I was able to provide endorsements from writers—both published and unpublished—and students of writing, as to their opinion of the value of such a book.
Although several other movies will be included, the primary film used as the model will be Thelma and Louise. We're investigating the possibility of including a dvd of this movie along with the book.
It doesn’t matter what stage of your writing career you’re in. Beginners, seasoned pros, published authors and those still seeking your first book contract—all of your opinions will count.
I’m providing the first chapter of this book and the list of the other chapters here so you can get an idea of the scope and style of the book.
For those of you who are willing to help me out, all I need is a brief 1-3 paragraphs giving your opinion of the proposed book and how you think it might help your own writing. If you’ve read either of my previous two writer’s books, Finding Your Voice

, you might say something to the effect of how either of those books have helped you on your own writer’s journey. Please include your name and a brief description of your status in the writing community—author, student, etc. If you’re an author, please list your books. Some of these will probably be selected by the publisher as blurbs, with your permission, of course. If you want to write something longer, that’s great, but just a couple of short paragraphs are fine and very much appreciated.
Please send anything you’re willing to furnish me to my email at butchedgerton@comcast.net. If you have any questions, just send me your questions at the same address.
Thank you! We’re fairly confident this book will get taken and if it does, a big part of the reason will be the help you’re giving me here. And, please don’t think you have to be a big “name” in the biz—it’s just as valuable for a publisher to know that beginning writers see the value in such a book—after all, that’s the intended market.
Here’s the rough draft of Chapter One, followed by a list of the rest of the chapters:

Defining characters and their arcs

by their physical actions 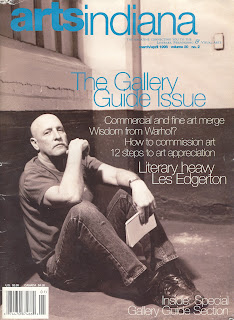 Hi, Les! I'll read this chapter tonight or tomorrow morning and try to get something to you by the end of the day tomorrow. I should have a nice chunk of time in the early afternoon. :-)

I'm excited to hear you'll be releasing another great tool for us!

Great idea using movies as examples! I love the way Robert McKee did this in his screenwriting book STORY, even if it did spoil the plot of Chinatown for me.

Thanks Shannon and Lynne!
Anything you guys can send me will be HUGELY appreciated!

I've been using movies for almost 15 years in the classroom to inform fiction techniques and I've just found it's far more effective than novels. Some are a bit elitist and don't think we can learn from movies, but I disagree strongly.

I'm in! I'd be honored to do this. Because I underlined so much in my copy of Hooked I had to go out and buy a second copy. And because I love the idea of this - I remember reading what you wrote in Hooked about jump cuts and what they meant, so to speak, for the change in audiences and thus the change in what is acceptable in fiction. I loved that,and I'm so glad you're going to expand on this.

I'll read and have a piece to you tomorrow. Thanks for the opportunity to put my two cents worth in on this killer good idea.

Thank you so much, Robin!

All of you guys' generosity is humbling.

Les,
It already looks like it will be up there with 'Hooked.'A forth book in my library that I won't loan out. Too many of my own comments written in and not willing to write without it as a quick reference.
I'll start writing a couple of paragraphs tonight. Might not send it on until tomorrow.
Do you have a date for release? I'm struggling with some tough scenes right now, and if I could, I'd be using it.

Les,
It already looks like it will be up there with 'Hooked.'A forth book in my library that I won't loan out. Too many of my own comments written in and not willing to write without it as a quick reference.
I'll start writing a couple of paragraphs tonight. Might not send it on until tomorrow.
Do you have a date for release? I'm struggling with some tough scenes right now, and if I could, I'd be using it.

Dude - what can I say - a great idea executed brilliantly. What I've read has been so useful already ... anyway, I sat down to write a review but it's so gushing with praise as to be unbelievable. I'll leave it to the 'pros'. What I can say is, after reading this, I'm ordering Hooked and Finding Your Voice asap. Heaps of luck with this - not that you'll need it.

Carson, take care of your own writing first! But, when you do catch a break, I'd love an endorsement from you. We're sending it out in the next several days but whenever you can is fine as I'll just add it to future submissions to editors.

Gary... let me get this straight--you wrote something that was "gushing with praise" but not sending it and leaving it to the pros? Dude! This is exactly what I need! Please send it and I'll cover up my eyes in embarrassment. Your opinion counts very, very much. It's a book intended for the beginning writer as well as for the seasoned one. Your opinion is very valuable to me and will carry weight with publishers as being from a person who is the intended market, so I hope you'll reconsider.

You guys are great!