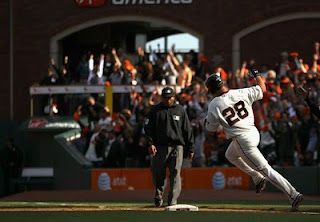 I think this is a very valuable post, Les, and I'm thrilled you shared it with us. I plan to re-read it a time or two, so it can soak in a bit more.

This is a great post, Les. I have been focusing a lot of my time on my beginning. I wanted to leave it a few times to finish my revisions, but I can't seem to leave it alone. I think I'm finally getting there. This post helps. Thanks.

'Suzy' is lucky to have you

Great post, Les. Its really true, the story structure needs to be the backbone of your story, and once you have that straight you can add on all the decorations like lyrical writing, great dialogue etc, but without it the story is just a collection of well written scenes, which isn't enough to compel a reader to keep reading.

Thanks, folks,
Appreciate the comments. A couple of minutes ago, this student and I had the following exchange.

Thank you for taking time to get back to me--I know with your schedule it can't be easy. I agree with you--while the truth may be hard to hear, it is always preferable to being lied to.Your honesty may not be easy to hear but it is always appreciated. Thanks again. "Suzy"

To which I replied:

Hi "Suzy,"
I knew you'd take it like a pro. Thank you. You're one heckuva writer and you'll "get this stuff." What you're going through are just normal growing pains as a writer. We all have to go through them and will always be going through them as long as we write. Just enjoy the journey and remember... when you're ripe, you're rotten... and when you're green, you're growing. You're growing a lot, believe me!

I love my students! I lose a lot of them at the beginning of each class, but the ones who stay the course tell me it was the best thing they ever went through as a writer. Gary said "Suzy" was lucky to have me as a teacher, but I'm far luckier to have folks like her. The ones who stick it out have a tangible thing called "character." They know you don't get something for nothing. It's kind of like the socialist--she really liked the free tampon... until she realized there was a string attached...

Can't recall who it is was, but some writer said recently they write their first draft, then go back and throw out the first chapter without reading it and write a new one that frames the book alongside the last chapter.

It helps me to think of first chapters as questions and last chapters as answers. This isn't to say I don't have a bear of time writing them!

Do you teach short story writing? Nothing has helped my writing like focusing for a time on short stories.

Betsy, you're right on about tossing the first chapter. Many agents have said that when they work with a writer, often they throw out the first three chapters. When I'm working with writers who've finished a book, often I recommend losing a lot of the first three chapters. Seems to be a common mistake made by many of us (including myself--more so at an earlier time than these days, but it still happens...). And, short stories are an entirely different animal than novels with very different rules, but yes, I do teach short story in that I'll look at a client's short story if she asks. Like many writers, writing short stories is how I really learned my craft and I still recommend newer writers to write them. They won't make any money, but it's a great way to learn how to write well!